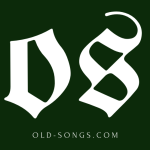 On the 3rd of August, Nigerian superstar, Davido recorded a big feat as he becomes the first Nigerian to win the ‘Rest of Africa’ category at the  South African Music Award, SAMA 2020

Davido won the award with his record-breaking album, A Good Time, which won the category of ‘Rest of Africa’, a category that was created in 2019 and initially won by Tanzanian superstar, Diamond Platnumz.

Announcing the award for Davido on Twitter, SAMAs wrote;

The award show moved online due to the present issue of the pandemic, splitting the show into 30-minute segments scheduled to air between 3 and 7 August on My Muze by Vodacom and Mzansi Magic (DStv 161) at 21:30.

British electronic music duo Snakehips releases the visual to their Jess Glynne, Davido and A Boogie wit da Hoodie featured Lie For You British music duo Snakehips is out with an amazing visual to the track Lie For You which features British singer Jess Glynne alongside Nigerian afrobeat singer Davido, and American act A Boogie...
Continue reading